Does Your Child Have A Skin Allergic Reaction Like This? Could Be An Allergy!

Does Your Child Have A Skin Allergic Reaction Like This? Could Be An Allergy!

Over the last five years, I’ve learned more than I ever wanted to know about skin allergic reactions and rashes. I’ve come to recognize hives, welts, and various rashes because my son was born with both severe eczema and food allergies leading to severe skin allergic reaction when he was a baby.

When my son was born, his eczema was so horrible, it startled even the nurses on duty.

That photo was taken on a fairly “mild” day for my son. Doctors told us it was eczema, but the root of this turned out to be food allergies confirmed when he was nine months old. 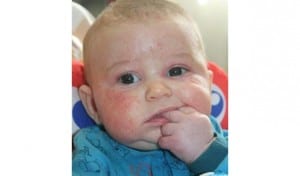 Rashes aren’t uncommon for babies and young children, though, so how can you tell if it’s just a rash or if it’s something more serious, like an allergic reaction presenting on the skin? In every web community I’ve ever participated in, one of the questions asked most frequently is, “What is this rash?” We always called it the Name That Rash Game.

One of the questions asked most frequently is, “What is this rash?” We always called it the Name That Rash Game.

Most of the time, rashes are mild and seem to disappear as quickly as they appear. But sometimes, they’re lingering or more worrisome and we worry that they’re allergic skin reactions and not just sensitivities that will pass.

Here are a few things to consider when unraveling a rash mystery:

Is it heat rash or contact dermatitis? It could be hard to tell, so making note of exactly how it looks will help.

These are the most common ways to describe rashes, according to Dr. Sears:

Raised – this means you can feel a bump when you rub your fingers over the rash.

Flat – opposite of raised. The bumps are flush with the skin and can’t be felt.

Lacy – this looks as if someone placed a piece of fancy lace material over the skin and then removed it, leaving a red imprint of the lace on the skin.

Pimply – this refers to very small raised bumps with a tiny white head in the middle, just like a pimple.

Bumps – this means exactly when it sounds like – a raised bump.

Spots – this refers to flat spots that can’t be felt.

Blistery – this means a bump with a clear fluid-filled middle.

Welt – this is a raised, part red and part skin-colored area. It can be small or large. An example of a welt is hives.

Blotches – like a welt, but flat, and usually not a uniform color – part are red and parts are flesh toned.

Patch – this refers to a flat area of the skin larger than just a little bump.

Trunk – the chest, tummy, and back.

Knowing how to describe the rash will help your doctor identify the cause. And take photos to be sure you can show the doctor what it looked like, in case it’s gone by the time you get an appointment.

My son’s allergies presented as eczema and caused him gastro distress, even though he was breastfed exclusively as a newborn. Once he started eating solids, his skin would break out in hives within minutes of eating foods to which he was allergic. Eczema flares would happen within 24 hours. Paying attention to when reactions happen will help you identify the causes.

Take note of all symptoms.

Are there other allergic symptoms? Runny nose, sneezing, difficulty breathing, stomach pain or nausea? Be on the lookout for those symptoms in conjunction with skin reactions because there could be a risk of anaphylaxis. Often, when allergies are involved, there are multiple symptoms.

Pay attention to products and foods.

Did you introduce a new dryer sheet that could cause skin irritation? Have you introduced a new food that may be the culprit? Paying attention to these changes in babies’ and young children’s lives are important clues to solving mystery rashes. 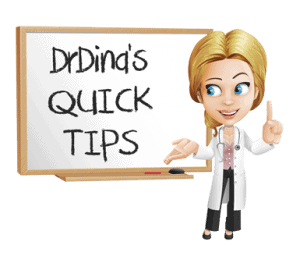 What is the best cream for eczema?

Does your child have thrush? How do you get thrush?

Alexandria is a writer, blogger, entrepreneur and introvert. She’s also the mom of two fantastic kids. You may know her from the Irritated by Allergies blog at Yummy Mummy Club or from her prolific tweeting about life as Clippo on Twitter. She occasionally appears on Daytime Durham, has written articles for various print and online media, and is found most often at her desk, hugging a mug of hot coffee.