What is Autism Spectrum Disorder (ASD)?

October is Autism Awareness month. As Speech Therapists we work with children with Autism frequently. Our clients with Autism are often the most challenging yet rewarding on our caseload. Children with Autism have so much potential and Speech Therapists play the important role of unlocking their ability to communicate. Giving these children an outlet and the ability to communicate with their parents, siblings, grandparents and friends is such an emotional and gratifying journey.

Children with Autism have so much potential and Speech Therapists play the important role of unlocking their ability to communicate.

Autism is a complex developmental disability that has been steadily increasing in incidence over the last decade to be one of the most common developmental disabilities. Based on recent studies by Canadian researchers, the prevalence rate of Autism Spectrum Disorder (ASD) is 1 in 94. In Ontario, there is an estimated 100,000 individuals with ASD.

It typically appears in the first three years of life and is a result of a neurological disorder that affects the functioning of the brain. People with Autism typically have difficulties with communication, social interaction, behavior, play, and sensory impairments.

Although a single specific cause of Autism is not known, current research links autism to biological or neurological differences in the brain. At this time, no gene has been directly linked to Autism.

As with any communication disorder, early intervention is vital for optimal success.

As with any communication disorder, early intervention is vital for optimal success. If you have any concerns with your child’s speech and language development, speak with your doctor today and consult a Speech-Language Pathologist.

Although a Speech Therapist cannot diagnose Autism, we play a vital role in describing and defining the communication and social skills.

How a Speech Therapist Can Help

In Ontario, the only professionals who can diagnose autism spectrum disorder are Medical Doctors and Psychologists. In other provinces and countries, Speech Therapists are able to diagnose children with Autism even though we share the same training. The Regulated Health Professions Act limits therapists in Ontario from diagnosing, however we are often involved with the diagnosis process.

Therapy sessions can be individual, or can take place in a small or large group settings.

It is so important to keep in mind that no one person with Autism is the same.

It is so important to keep in mind that no one person with autism spectrum disorder is the same. Each person is unique in their strengths and areas of difficulty and there is a wide range of levels of impairment. Many children with Autism are quite intelligent and can be successful and competent adults. If you are a parent of a child with Autism, the Welcome to Holland poem, if you haven’t already read it, is a must.

If you have questions or concerns about your child’s speech and language development, contact us today.  We are here to help! 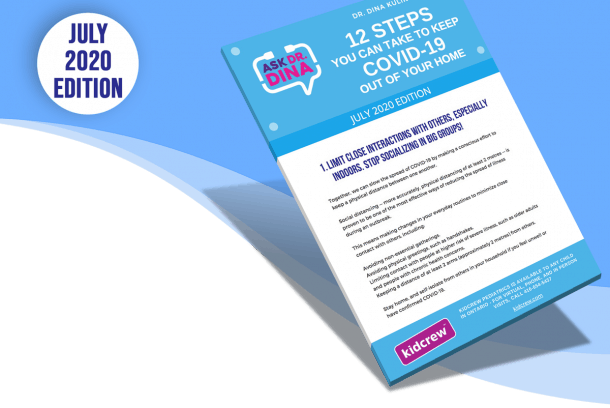 Strategies to
Keep COVID-19
Out Of Your Home!