A taboo topic in most cultures for sure.

Most were grossed out ..

In my teachings as a sexual health educator, it became obvious very early on that young girls are not comfortable with anything vulva-related; they don’t want to talk about it, see it or touch it. 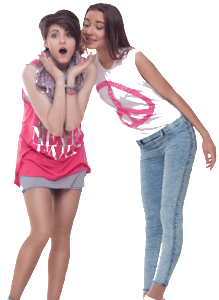 Most were grossed out, terrified and downright disgusted when our conversations veered towards anything below the belt.

In recent years, more and more people are talking openly about their experiences with depression, a topic not suited for conversation over dinner. A few brave souls spoke out, paving the way for others to slowly follow. 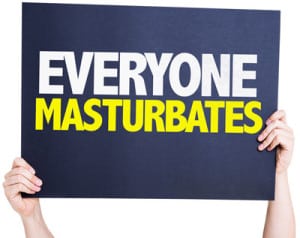 Women would benefit hugely if they had a venue or safe space to discuss matters of a sexual nature. Book clubs, for example, cherished by ladies across the land, are a place to gather with friends, eat delicious food and chat about life… This idea translates with ease to a plethora of other concepts- why not turn the topic from Oprah’s book of the month to something more along the lines of “The Joys of Sex?”

Here women would have a peer-to-peer roundtable regarding the sex lives of their fellow gal-pals, and just like book club, a topic is chosen and discussion ensues. The big take-away? There is no such thing as “Normal” and that is okay.

From the group: Affirmative murmurs and nods of approval.

Tara: “I enjoy pleasuring myself when I’ve had a stressful day. I usually need about 17 minutes to get the job done, and I have to really focus on the upper right clitoral-quadrant while lifting my left leg 40 degrees in the air. If I don’t have lube, forget about it- not going to happen.”

Diane: “Well, this is hard to say, but I’ve never had an orgasm. When I try to rub myself… down… there, I feel like I’m doing something wrong and dirty. I was taught that it was a sin, and that only perverts do it. I can’t seem to get past it.”

From the group: Sympathetic words of support, suggestions for a good book to read about shame and unconditional support.

It sounds outlandish, but really, this could be the most liberating, exciting and fun book club anyone’s ever seen.

It’s time that women seize control of their private parts and shed the gross shame that plagues their thoughts.

Taking pleasure from your own body is as innate as scratching an itch and it’s a woman’s choice to claim this right that always has and always will belong to her alone.

Jill is a freelance writer and a sexual health educator. She facilitates workshops about sexual health for youth and their parents with an emphasis on they physical, social and emotional aspects of growing up. She has worked with organizations and schools across the Colorado region and has a true passion for helping people become more comfortable with topics relating to sexual health. Jill calls Colorado home and lives with her husband and 2 daughters.